About The Pre-Military Academies (Mechinot)

The mission of the Pre-Military Leadership Academies (Mechinot) is not only to help young Israeli's prepare for meaningful army service but to train leaders for civil society after the army. Whether in the private sector or public we already are seeing "mechina" graduates becoming leaders in their communities. This is a powerful force consisting of Israelis from all sectors of society who while recognizing differences in world view nonetheless work together for the good of the community and nation.

A mechina (pre-military leadership academy) is a unique ten-month program that brings together study, community service, and group living. Its aim is to help every student continue developing a unique identity and form a worldview based on acquaintance with many different spheres of life.

The beginnings of the mechinot (pre-military leadership academies) date to the 1988 founding of the first such institution, an Orthodox mechina whose mission was to create a framework to prepare young people from the religious Zionist community for more meaningful service in the IDF. The secular and traditional mechinot were founded in the wake of the success of the Orthodox institutions. Today, more than twenty-five years later, there are some twenty-four Orthodox mechinot throughout Israel, with thousands of alumni who served or now are serving in the IDF. In addition to Orthodox mechinot for men, Tzahali, the first mechina program for Orthodox women, was founded in 2006.

Secular and traditional mechinot (pre-military leadership academies) are coeducational institutions that serve secular, traditional, and some Orthodox young Israelis who have just graduated from high school and have chosen to spend time studying in preparation for their military service, which is deferred by twelve to eighteen months. These mechinot, each in its own way, seek to help young Israelis freshly out of high school develop into effective, passionate young men and women who will emerge as a new generation of leaders in the IDF and throughout society who are connected to their roots and in touch with national culture and identity as expressed in the Declaration of Independence and the Basic Laws of the State of Israel.

In order to bring the mechinot (pre-military leadership academies) to the attention of eleventh- and twelfth-grade students, the Joint Council created a department to recruit mechina students and regularize processes for introducing high school students to the mechinot and registering candidates for the traditional and secular mechinot.

Looking back: Highlights of the mechina year
Another lesson learned from the Tzafit Gully disaster: Joint Council to issue mechina safety certifications 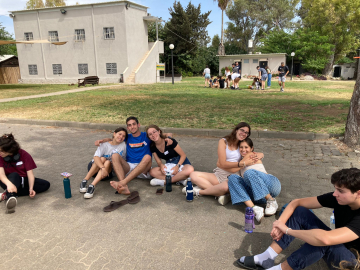 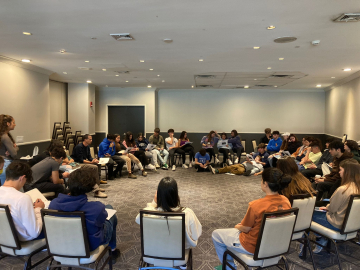 The way to mechina passes through Newark. Here’s what happened at the Yachad introductory seminar this year
“Excellence isn’t a slogan. It’s a way of life.” Munir Madi on lighting a torch atop Mount Herzl
Mechinat Lachish alumna Lt. Hadar Cohen honored with kindling the Torch of the IDF
The fourth annual Tzafit Gully disaster memorial

Our Partners and Donors